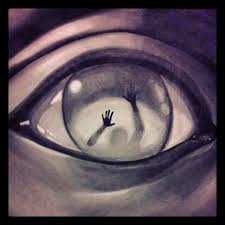 A client in her forties, Catherine, (fictitious name) continuously experienced depression and anxiety which ruled her life.  Health challenges of migraines, panic attacks and medication which numbed her senses.  The extra twenty kilograms she had put on in nine months caused aches and joint pains and added expenses of clothes to fit.

She felt unheard with her personal requests to others and had the never ending feeling and voice of ‘not good enough’.  She has been married twice, with four children under eighteen.

Psychically I could see her energy fields and aura were only a quarter of her size, with three quarters of her energy field being filled up with other people’s expectations and her responsibilities to fulfill the roles and connections she has with others.  Unconsciously, she could not give enough and no amount was too much, to others, taking her further away from her own needs and her family.

Once we, Uncovered Her Truth, the suppressed memory that showed, was of Catherine at fifteen years old and her relationship of two years with her boyfriend, who had broken up and left her for another girl. The unresolved emotions of sadness, loneliness, hurt and rejection were still there inside her body as if someone had closed the door and sealed it up like a tomb.

The traumatic rejection, that day, had seeded a core belief she took on about herself, ‘she was not good enough for his love’. Since that day, this belief, has been growing inside the deepest, darkest, coldest part her heart, it was still alive and the energy was being fertilised with the negative self-talk, constantly repeating like a broken record. Her life had been attracting, the same negative personalities to make her ‘FEEL and become’ that negative belief of ‘not good enough’.

Oh my god, the grief, sadness and sobbing releasing from her body, as she witnessed the images of what both ages had missed, regretted not doing and the cost to her health, for thirty one years, was heart wrenching. All these buried emotional cellular memories were heard, resolved, dissolved and cleared.  We now replace this memory and belief, safely and sacredly, the healing and reconnecting to her-self and Soul begins.  Here Catherine installs her new belief “You are more than enough to me”.  Re-wiring, re-weaving a new ‘sacred umbilical cord’ connection. She took over the ‘raising, loving, nurturing and protecting’ of her lost fragmented younger self, just like a mother bear would.

What was missed out on in those thirty one years, came back to Catherine’s life in miraculous and magical ways, it was as if she were ‘sleeping beauty’ waking for the first time, after the spell had been broken.  She treasured this    gift of re-connection to begin living the life she dreamt.

Within four months she had taken back control of her life, gained confidence and found her voice. Some people dropped away, new supportive loving ones came in and all relationships respected.

And thought she ‘got over it’, back then?